What is a digger? Some light hearted fun during difficult times, so no digger correction police please……

When someone says I could do with a digger on this job, what do they mean by a digger?

What is a digger?

That’s easy, everyone knows that a digger is something yellow with a bucket in the front and a trench digger at the back, it’s Bob the builder’s best friend and it’s name is Scoop!

So Scoop is a digger? Yep, but probably less well know by it’s official name of Backhoe Loader

Backhoe loader – is this a digger? 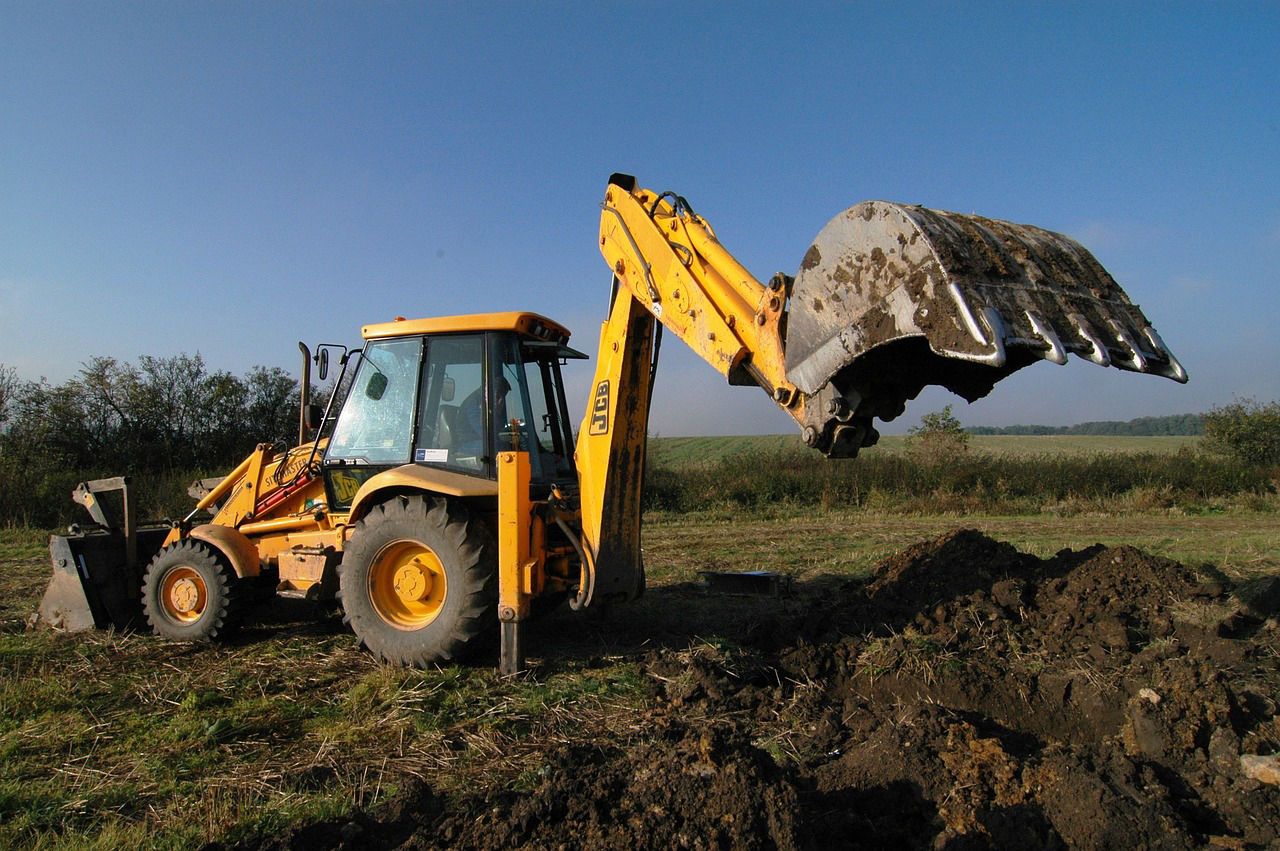 Could anything else be called a digger? Well scoop may take offense but have a look at just a few different machines that are out there in diggerland, what do you think, are they diggers?

Hydraulic shovel – is this a digger? 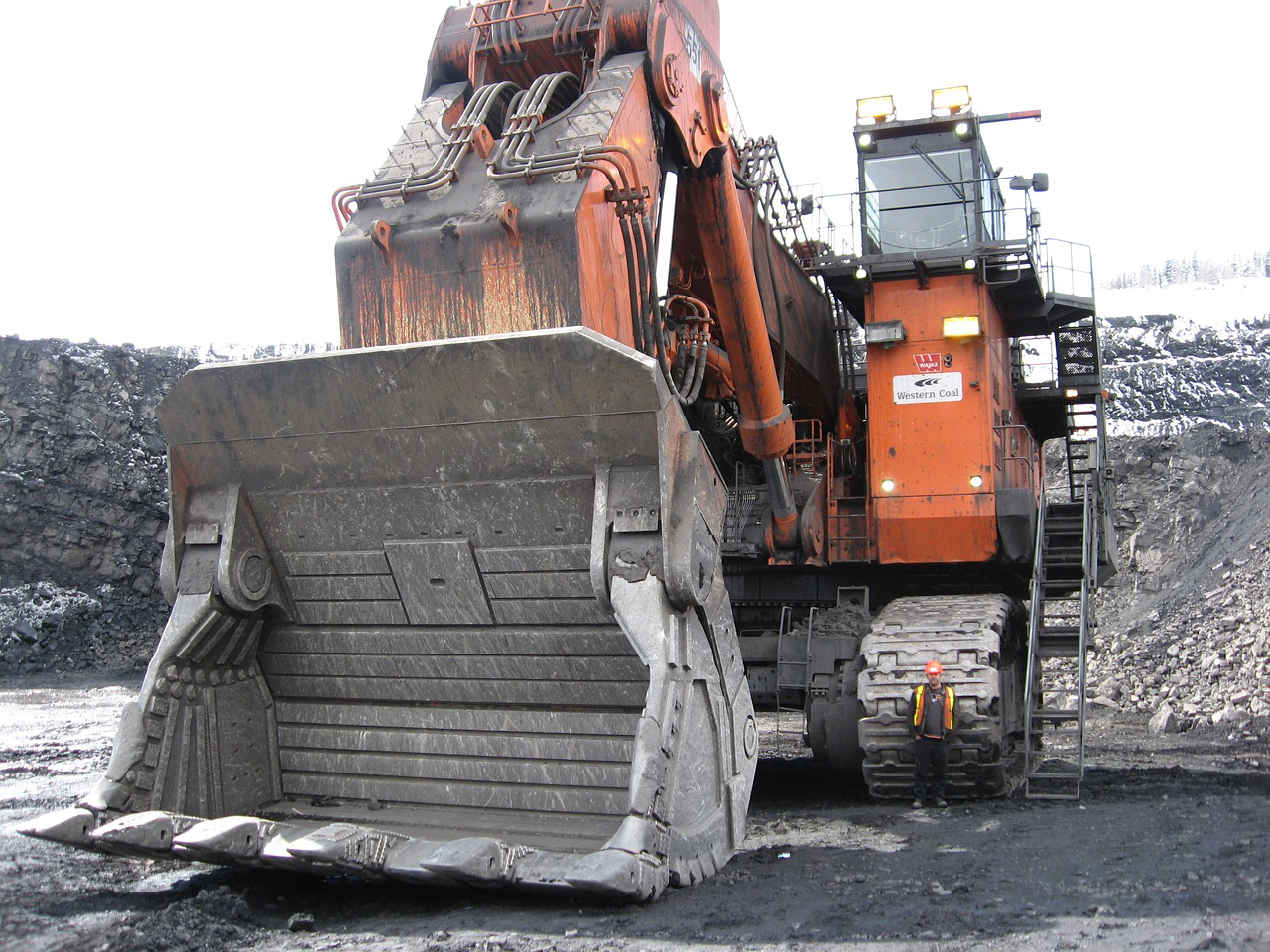 This is called a hydraulic shovel, it’s used to load mining trucks. They design the shovels and trucks to work together, for example two full bucket loads might fill the tray of the mining truck. That way they don’t have to estimate each load, two full scoops and it’s loaded and on it’s way. So, is this a digger? You tell me…

Off-Highway Haul Truck – is this a digger? 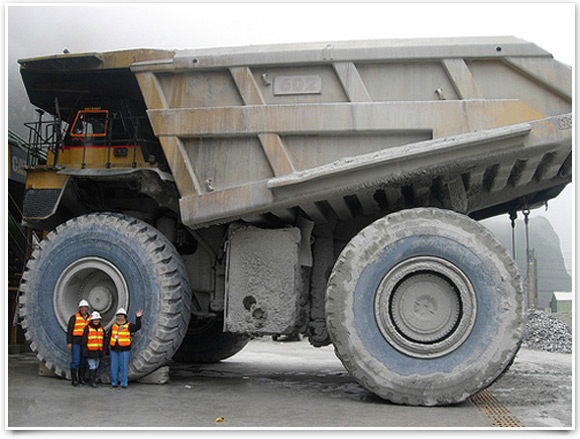 This is called an Off-Highway Haul Truck, it can be loaded by various machines including the hydraulic shovel in the previous photo.

In the same way that a skip loader works perfectly when matched with the correct size mini digger or small excavator, Off-Highway Haul Trucks are matched to the correct size loaders. If the loader is too big for the truck it makes it very difficult to optimise the loading sequence and haul road timing.

Remember this is only for fun, the world is a tough enough place at the moment as it is, if we have made errors on this post, don’t worry about it, enjoy the photos anyway 🙂

Off-Highway Haul Trucks – timing on the haul road is vital 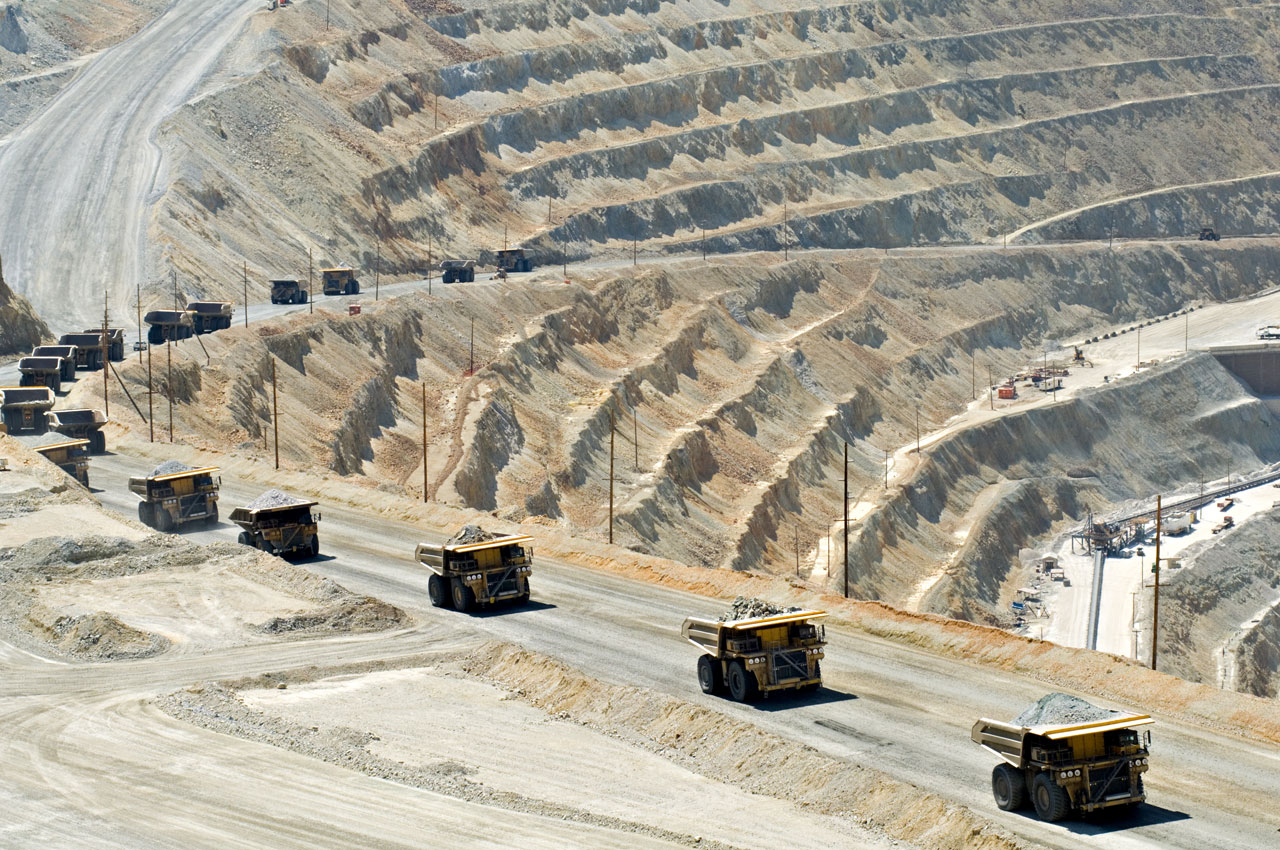 This photo shows why the timing of the Off-Highway Haul Trucks is vital on the haul road.

The closer the trucks can operate together means more material that can be moved at one time.

These trucks cost around 3.8 Million Pounds each when new, obviously getting them loaded and up the haul road and then un loaded as quickly as is safely possible is vital to ensuring the venture is profitable.

If you have earth, soil and clay to dig out and transport away from a jobsite, what good is it if your digger’s bucket is too big for the dumper or tipper truck, it would mean that the digger driver could never use a full scoop. Also if the dumper or skip loader was not designed for working on rough ground using four wheel drive, then it couldn’t cope with some sites.

That would make for very inefficient and wasteful use of machinery. Makes you think, right? 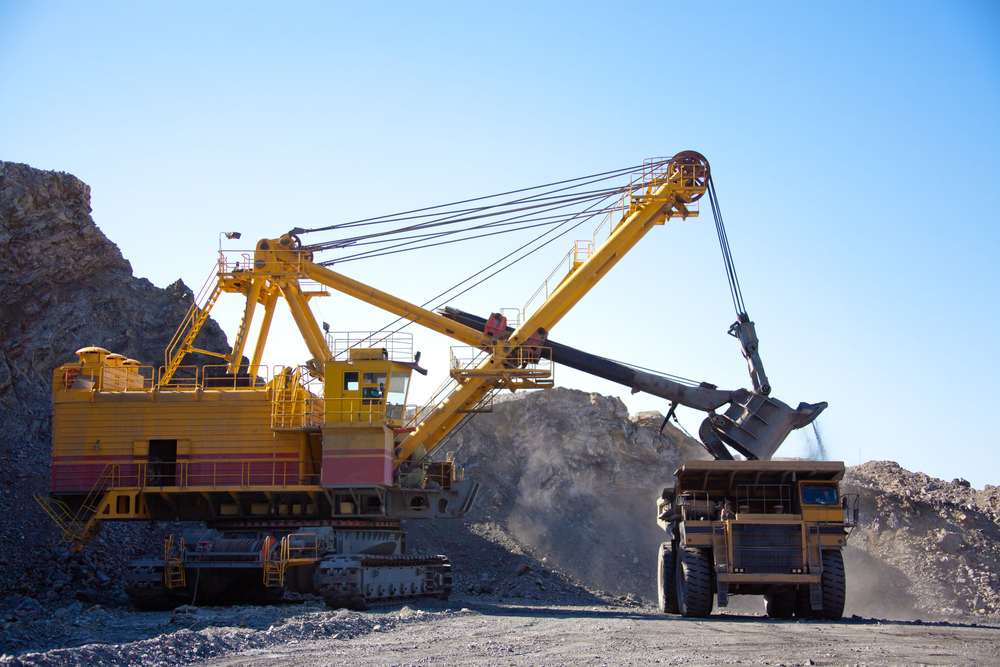 This is called a rope shovel and it loads Off-Highway Haul Trucks on mine sites.

It is called a rope shovel because it uses cables to move the arms and bucket, not hydraulics.

Some shovels are electric, they are powered by large cables which are fed to the shovel from huge generators located near the shovel, but the shovel itself doesn’t have an engine.

What do we think? Is this a digger? 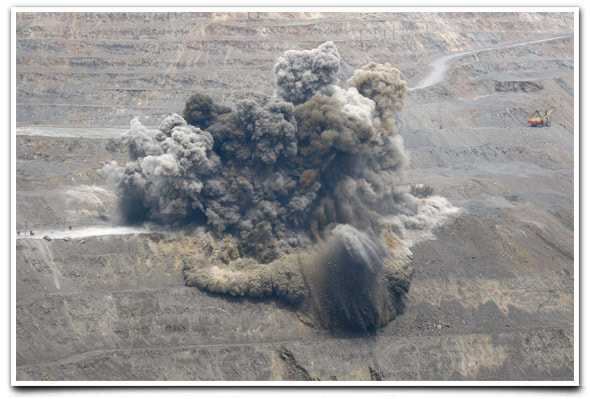 To give you an idea of the scale of size of the projects that some diggers and trucks work on, in the photo above you will see a blast taking place.

This is blasting the rock to break it up and allow the material to be dug up and loaded onto haul trucks.

So are they digging? Is that a digger? 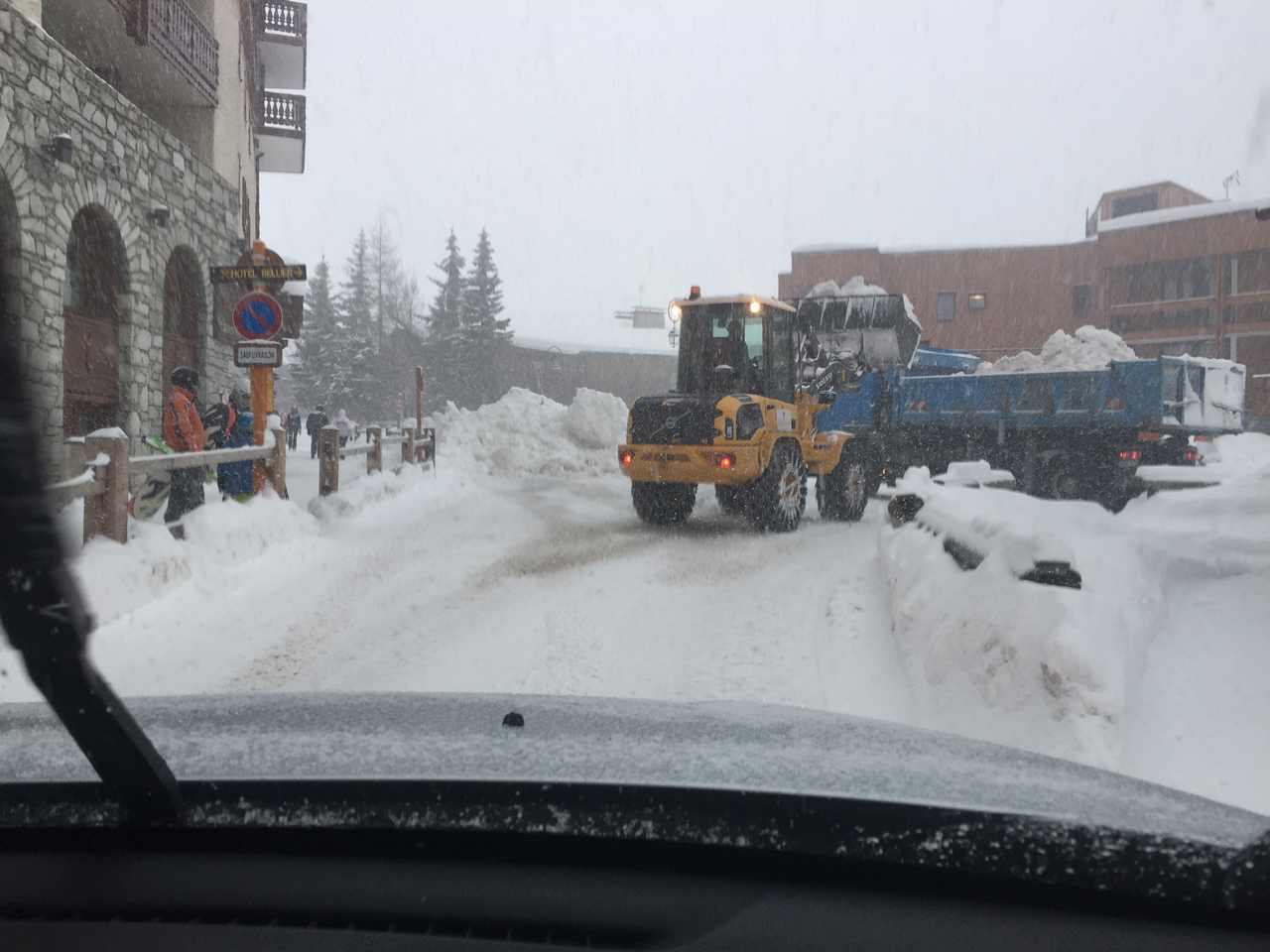 Moving away from mine sites, this is a wheel loader, a small version of what could be called a front end loader.

It’s clearing snow from the roads in the centre of Val d’Isère, in the French Alps

It is still important to match the size of the loader with the dump truck or tipper truck, even when moving snow.

In this case the snow is being cleared after a very heavy fall of snow, but it’s not being thrown away.

In Val d’Isère the Mayor believes in the ‘full’ winter wonderland image, so the snow that is cleared from the roads is transported and heaped in piles just outside town, then if the paths in the centre of town thaw out and the snow is gone from the path. The Mayor orders snow to be trucked back in and spread over the paths and parks, bringing back the winter wonderland look and feel.

Is this digging? Is that a digger?

Remember this post is only for some fun, if you are a keyboard warrior that feels I have made an error, I appologise. 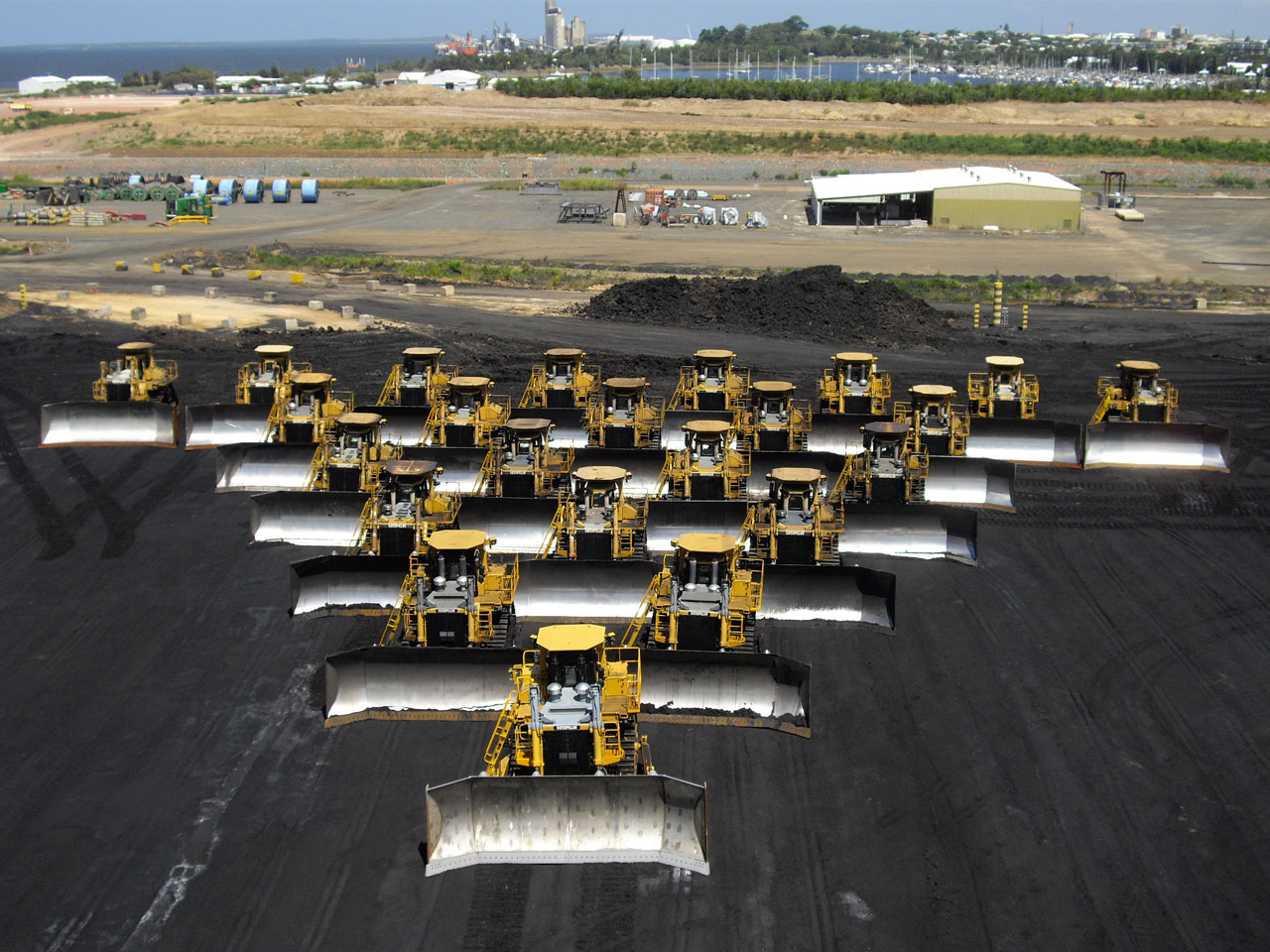 These are Cat D11R Bulldozers. Are they diggers?

Is that as big as it gets? 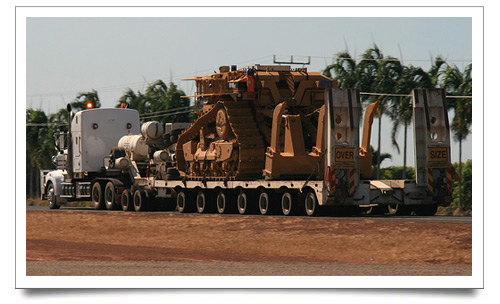 To give an idea of how big a Cat D11R Bulldozer is, here is one being transported without the front blade or cab.

A bit of everything 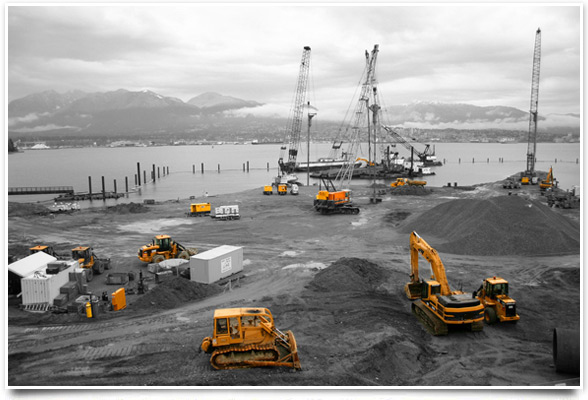 But where are the diggers? 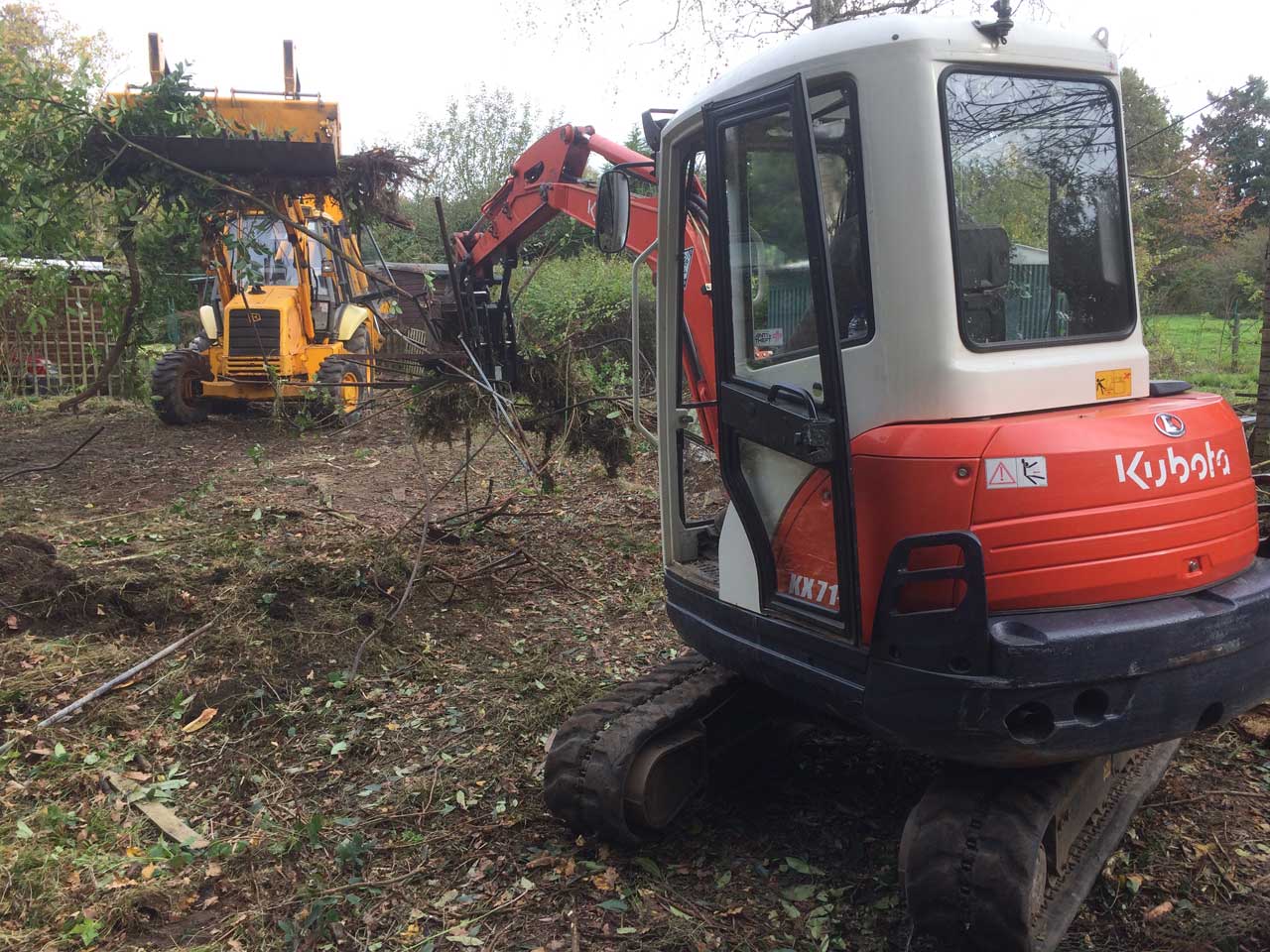 So what are diggers? As far as Let the digger do it are concerned – the Backhoe Loader and the Excavator in this photo are diggers.

Both machines can dig, yet both have different advantages.